To show just how simple and easy it is to post to a blog, I’m doing this one in the middle of my presentation at the ALI Conference in San Francisco.

I had planned to connect with Tom Grams of TVGrams Digital Media when I came to San Francisco. Tom has an extensive background in cable TV, including launch of the Discovery Channel and several others. He’s a pro who understands the cable industry and has connections, so he is consulting with various organizations on how they can best use video.

Now he’s working primarily on non-linear video channels. A linear channel is one like ESPN or The Weather Channel that feeds a continuous stream of content. Sirius and XM satellite radio are other examples of linear models of content delivery, in the audio realm.

Here’s an example of including an image from the web. 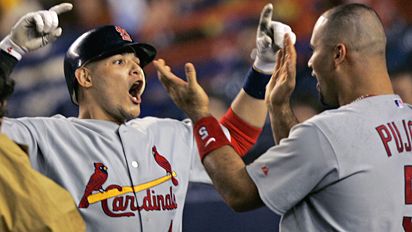 The problem with linear channels is the demand for content is insatiable. When a channel is 24/7, the amount of content needed is immense.

The other reality is that to have a channel like that on a cable system or even on a satellite radio or TV system, you need to have a minimum critical mass of viewers or listeners in order to be economically viable. A few hundred or a few thousand viewers can’t pay for the “shelf space.”

With non-linear delivery methods, such as podcasts, vlogs, blogs, broadband video channels or cable VOD (video on demand), a smaller niche audience is OK. And instead of dumbing down the content to reach a mass audience, it’s actually better to be more technical, because the people seeking out this content have an interest.

Now in a gratuitous use of video for no particular purpose (except to show how easy it is), I will incorporate a video segment from our lunch that I uploaded to YouTube earlier in this presentation.