When I first saw the video I’ve embedded below, it was via an email link from my department chair at work. It’s really cool when your boss’ boss passes stuff like this along!

The video also includes a neat statistic that has particular relevance for SMUG and SMUGgles, as captured in this screen shot: 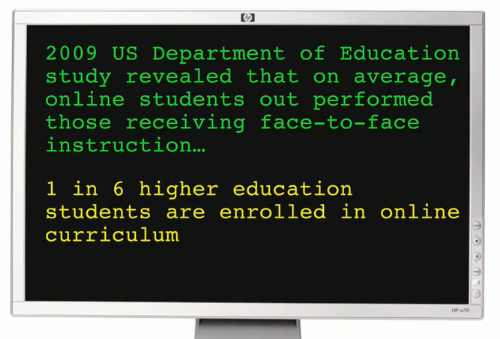 Sort of tells me we’re on the right track with SMUG; getting hands-on, online training in social media, using revolutionary tools to learn a revolutionary subject.

So here’s the video; you may have seen it, or you may feel like you have anyway. The same music track has been used in at least one similar video, and I’ve seen various versions over the last three years.

A previous video of this genre made the comparison of “If MySpace were a country, it would be the fourth largest…” That was so 2006. This newest version has at least been updated to reflect Facebook’s ascendancy in the English-language general-purpose social networking ecosystem.

But don’t let the fact that you may have seen something like this keep you from clicking the “play” button below. This version has some interesting facts and factoids that will help you in making the case for social media in your organization.

If you want to get hands-on experience with these powerful tools, enroll in SMUG and join the revolution.