I’m up early (5 a.m.) Monday morning and looking forward to a day of sightseeing in Beijing before our tour of visiting and speaking to Chinese hospitals starts tomorrow.

This is my first trip to China, and it already has led to several other “firsts” in my experience.

While I have previously been met at the airport by someone with a sign with my name on it to make connections with a driver, those signs have always been either handwritten or on an iPad display. This typeset and framed version was definitely a step up (click any photos for larger view):

My greeters, who also will be my guides today and for the rest of the trip, also presented me with an unprecedented arrival gift: 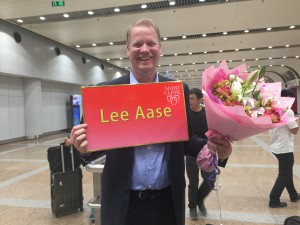 I don’t think anyone has given me flowers before…much less upon arriving at an airport.

After about a one-hour drive to our hotel, which will be our base for the next four nights as well, the three of us had dinner during which I got expert chopsticks advice from Wenfeng.

Then we went out for an evening walk to the Olympic Park. We saw the Aquatics Center where Michael Phelps won his record 8 gold medals: 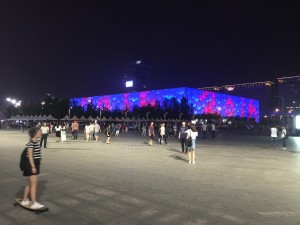 The exterior changes colors every few seconds, which is beautiful and amazing…until you see the olympic stadium, a.k.a. The Bird’s Nest: 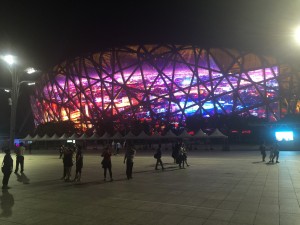 The entire end of the stadium is a massive LED display. And while I’m no stranger to having my image on a Jumbotron, this one makes Times Square look like a microtron.

This enabled me to provide the ultimate example of a backlit photo, which Charlie’s smart phone light was powerless to correct: 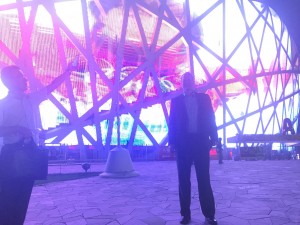 Finally, we took a walk to the base of an observation tower which, when viewed from above, is in the shape of the Olympic rings. Hopefully we can get a view from the top (about 40 stories up) today: 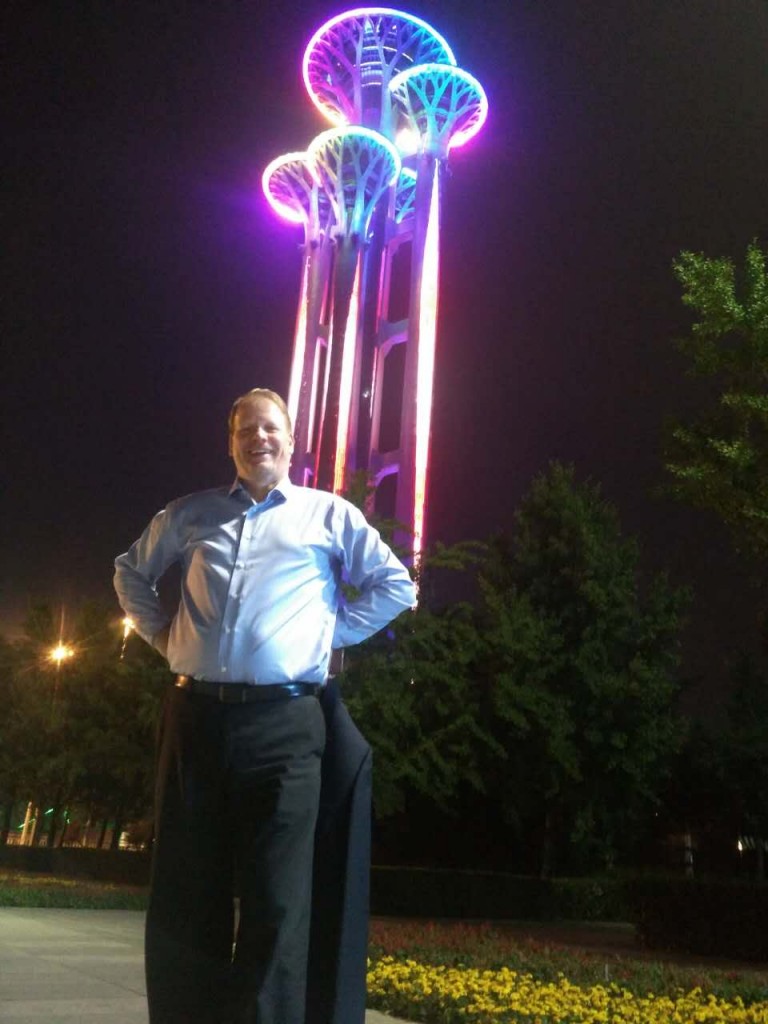 Looking forward to exploring with Charlie and Wenfeng today!