On Tuesday Kent Seltman and I gave our first of the nine lectures we will be giving on our two-week tour, as we visited Peking University Third Hospital, which is something of a destination medical center for China: 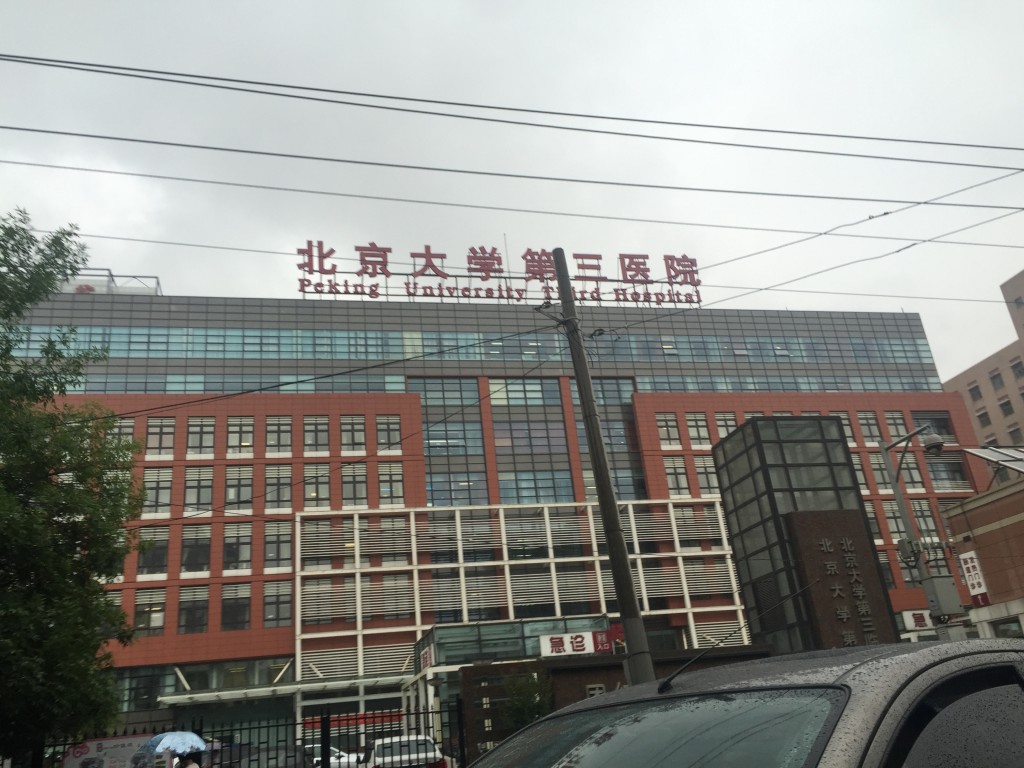 Our hosts were exceedingly gracious and the audience for our afternoon lecture was quite attentive: 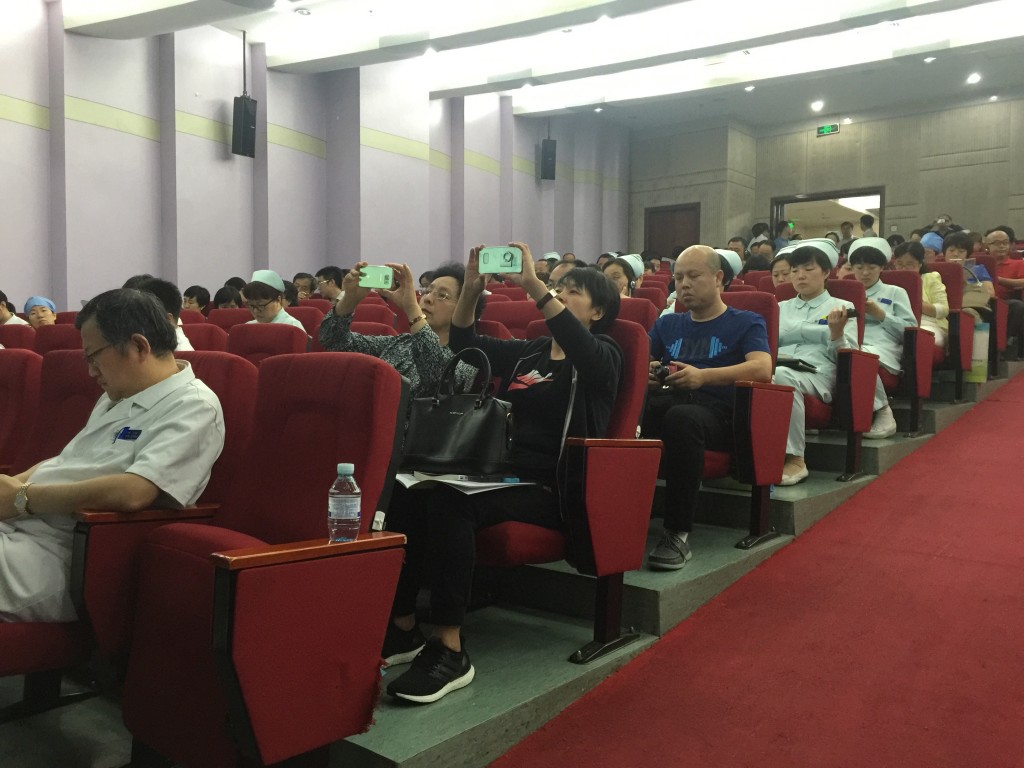 One thing that made the presentation easier than I had expected was that I was able to work from my English slides, while the Chinese versions were on either side of the podium: 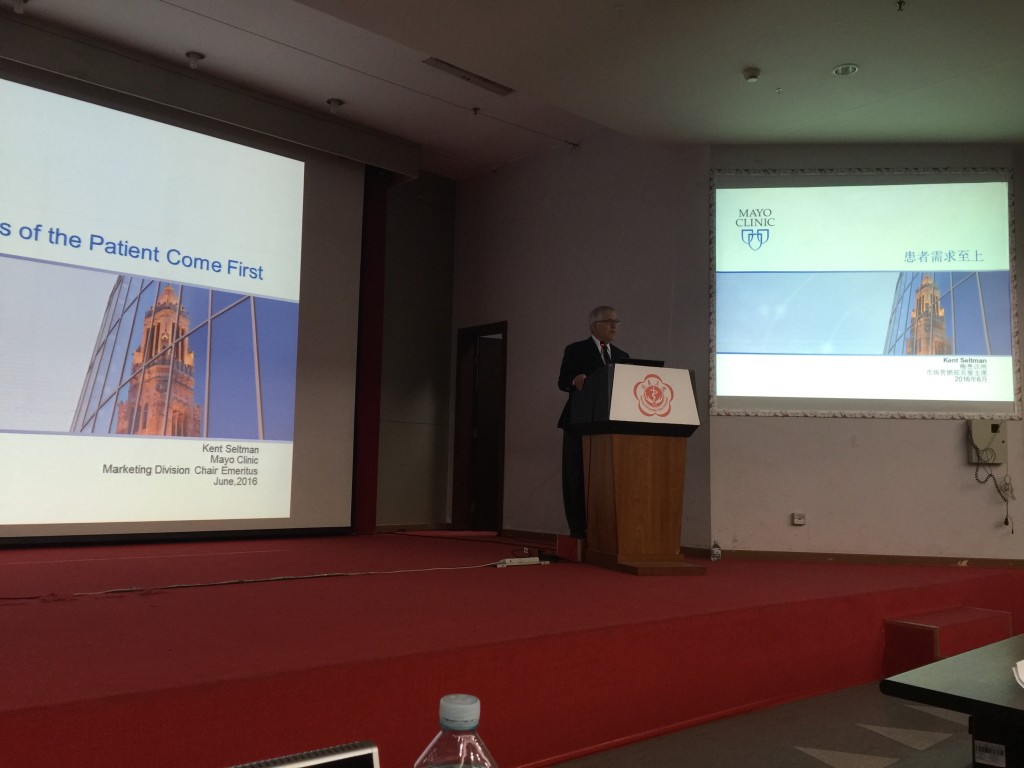 It also helped that we had simultaneous translation of our presentations by two excellent interpreters, who alternated every 15 minutes. I had not been sure whether we would have simultaneous translation with the audience wearing headsets (as at the United Nations) or whether we would speak a paragraph and wait for it to be translated (as in the clip below). More on our interpreters in a future post.

The day got off to a fun start as well, because I was able to watch Game 5 of the NBA Finals at 9 a.m. on CCTV in my hotel room. The tweet below has a sampler of what I saw:

It was great watching NBA Finals at 9 a.m. in Beijing yesterday! Here's a sampler: #ChancellorInChina pic.twitter.com/NJ9opOrlkv

While I was rooting for the Warriors, it’s OK that they lost this one because it means I’ll likely get to watch Game 6 Friday morning before we leave for our Saturday event in Chengde.