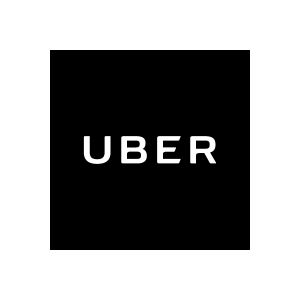 In Why Uber Doesn’t have a Loyalty Program, I wrote last year about my experience with Uber and why it doesn’t need a frequent-rider program as the airlines do.

This morning I read an interesting article that described why – despite the consumer-protection arguments made by opponents of Uber and Lyft – these services actually contribute significantly to public safety.

The widespread benefits of ride-sharing companies such as Uber and Lyft make it difficult for policymakers to claim that the industry’s growth needs to be curtailed in order to, for example, lower traffic congestion or protect the profits of taxi moguls. However, if ride-sharing put the public in danger, that could be a legitimate reason to impose further regulations.

But when it comes to ride-sharing’s effect on drunk driving, the technology’s contribution to public safety is clear — it reduces the rates of DUIs and fatal alcohol-related accidents. These are some of the findings of a new paper by economists Angela Dills of Providence College and Sean Mulholland of Stonehill College.

The paper looked at 150 cities and countries from 2010 through 2013 and found that “for each additional year of operation, Uber’s continued presence is associated with a 16.6 percent decline in vehicular fatalities.” This is in addition to the 18 percent decline in fatal nighttime crashes after Uber entered a new market. For DUIs, Uber’s introduction led to a one-time 33 percent decline that was followed by an annual average decline of 51 percent in the following years.

These findings echo those from a January 2015 report issued by Uber and Mothers against Drunk Driving (MADD), which found that ride-sharing saves lives because people use the service as a designated driver instead of trying to drive themselves home after they have had too much to drink. As the report states, in an obvious conclusion, “When people have more options, they make better, safer choices.”

The survey results are also supported by other data. Uber’s entry into Seattle was associated with a 10 percent decrease in drunk-driving arrests. Controlling for outside factors, after UberX launched in cities across California, monthly alcohol-related crashes decreased by 6.5 percent among drivers under 30 (amounting to 59 fewer crashes per month). This decline was not observed in California markets without UberX. When drunk driving decreases, it benefits all motorists, not just ride-sharing passengers.

I just thought Uber was economical, hassle-free, safe and pleasant.

I had no idea it was a life-saver.

Read the whole story to learn why it helps to prevent crime, too.