The New York Post reported yesterday the latest comScore Networks figures, which show that several of the traditional media companies also are ranking high on the web.

For the same period, Fox, Time Warner and the New York Times Co. placed in the top 10 for unique visitors.

This is not surprising, especially since Fox Interactive Media’s top spot in November (39.5 billion page views) includes its purchase of MySpace.

The world is moving on-line; traditional media have a strong advantage in the world of new media because they have infrastructure established to produce content, and because they have their old media vehicles to promote the new. Their disadvantage is their means of content production are expensive for the online world; higher quality and professional, but expensive.

The late Milton Friedman used to talk about licensing of cab drivers and barbers as ways to artificially raise the prices people in those lines of work could charge more than if anyone could do it and just charge a nominal fee. In other words, my wife Lisa can cut my hair (and has since we met 25 years ago), but couldn’t offer $5 haircuts to everyone in the neighborhood, because she lacks the license. 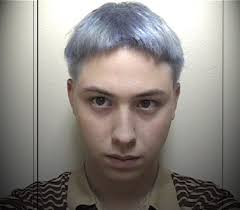 Those in the barber or beautician business may cloak the license requirement in consumer protection garb, but the reality is it’s about reducing competition and enabling them to make a comfortable living cutting hair. No one ever died from a bad haircut; it’ll grow out again (at least until you reach a certain age, which I’m fast approaching.)

Traditional media had a similar oligopoly position, either from FCC licenses, cable system channel limitations or the sheer expense of buying a printing press and hiring swarms of kids to deliver the newspaper to the doorstep. Now the means of production have been radically democratized, beginning with Apple and Aldus Pagemaker making self-publishing for print possible in the 1980s. It still isn’t completely free speech, but our country’s founders would, I think, heartily approve what we have today in terms of free self-expression (though they would no doubt cringe that pornography is considered “speech.”)

But I digress. The point is now amateurs (literally, people who do things “for the love of it”) can produce not just what the pamphleteers used to distribute on the street corner — but also audio, video and pictures. Instead of paying for printing, duplication is free. So is distribution; no need for paperboys – YouTube, Blip.tv, Flickr and similar services do the trick. Theoretically, the lone pamphleteer can be heard not only in his or her community, but worldwide. The price of admission is a computer and internet access, and even that can be had at the public library.

Traditional media companies have a huge built-in advantages that make them more likely than others to attract a large percentage of viewers/listeners in the new media world, but the percentages will continue to decline as options proliferate. Interactivity will be important, as Jeff Jarvis says, because the group formerly known as “the audience” isn’t a passive group waiting to be fed. They (we) are actively searching and engaged, and want to participate.

Traditional media will continue to be hugely important for communications. The viral video is extraordinary that gets anything close to the viewership of any of the national networks. The traditional media companies need to find ways to make it financially sustainable, mainly by reducing their costs. Thus what we have seen in networks like NBC downsizing, and newspapers like the St. Paul Pioneer Press offering buyouts to newsroom staff. As Shel Holtz says, “new media do not replace old media.”

But they definitely change the landscape and the environment within which old media must compete.