That’s the most stunning statement in a Brookings Essay “The Bad News about the News” by Robert G. Kaiser, who worked for a half-century as a writer and editor at The Washington Post. He outlines the fundamental problem of the challenge digital presents to “legacy” media:

Overall the economic devastation would be difficult to exaggerate. One statistic conveys its dimensions: the advertising revenue of all America’s newspapers fell from $63.5 billion in 2000 to about $23 billion in 2013, and is still falling. Traditional news organizations’ financial well-being depended on the willingness of advertisers to pay to reach the mass audiences they attracted. Advertisers were happy to pay because no other advertising medium was as effective. But in the digital era, which has made it relatively simple to target advertising in very specific ways, a big metropolitan or national newspaper has much less appeal. Internet companies like Google and Facebook are able to sort audiences by the most specific criteria, and thus to offer advertisers the possibility of spending their money only on ads they know will reach only people interested in what they are selling. So Google, the master of targeted advertising, can provide a retailer selling sheets and towels an audience existing exclusively of people who have gone online in the last month to shop for sheets and towels. This explains why even as newspaper revenues have plummeted, the ad revenue of Google has leapt upward year after year—from $70 million in 2001 to an astonishing $50.6billion in 2013. That is more than two times the combined advertising revenue of every newspaper in America last year. (Emphasis added.)

Some other interesting nuggets:

Kaiser’s essay does a good job of outlining the challenges faced by the big media, which is probably its most significant contribution. It’s short on solutions, but then again, that’s the real issue for the established media: if answers were apparent, the financial situation for newspapers would not have deteriorated to the extent he describes.

It’s not exactly cheery reading, but it’s at least a little less depressing than the latest news about Ebola and ISIS. Read the whole essay.

It’s also interesting for me to read this, because much of my early blogging was about trends in media, given my background in media relations. Here are a few related posts over the years:

Or you can browse through all of the related posts here. 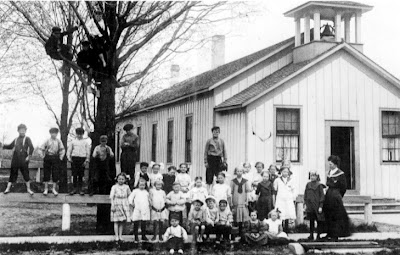 Earlier this month I had an opportunity to do a live radio interview on short notice with Scott Hennen, who was broadcasting his program from Rochester.

Scott’s program is called The Common Sense Club, of which he is the Chairman. His program airs on AM1100 WZFG in Fargo, North Dakota.

Scott sent me the audio link to the interview, in which he explains why he was in Rochester to do his program.

I hope you enjoy it.

Yesterday I was contacted by Mary Brophy Marcus of USA Today for comment and perspective related to a survey of parents and teens on online privacy. I’ve included an excerpt of the resulting article below:

Three out of four parents (75%) say they would negatively rate the job social networks are doing, according to the survey of more than 2,000 parents and 400 teens by Common Sense Media, a national nonprofit organization focused on helping kids and families negotiate the social media galaxy.

Steyer says the industry alone will never protect the privacy interests of children.

“Obviously we’re going to need updated online privacy laws which haven’t been changed since 1998, which is like Medieval, centuries ago. We need to put heavy pressure on the industry,” he says.

While the survey indicated that most parents (70%) think schools should play a role in educating students about protecting their privacy online, social media experts feel families should shoulder the responsibility, too.

Aase, a father of six children ranging in age from 11 to 24, says privacy tools are already in place that people are just not taking advantage of. He says there is immense power to punish bad behavior, including blocking people on Twitter and unfriending them on Facebook. You can also report abuses directly to Facebook.

“If someone’s really bothering or hassling you, you have the ability to stop them from communicating,” Aase says.

I also suggested, as indicated in the close of the article, that parents being friends with their kids on Facebook is an important safeguard, but also an important way to stay in touch.

A few additional thoughts and some background:

“Make the schools do it” is a cop-out. My dad was an elementary principal and then a school board member. He sensitized me to how often “make the schools do it” is the first “solution” offered to whatever perceived problem society faces. I don’t see training kids in online privacy protection as a core responsibility for public schools. I think it’s fine if some local districts decide they want to make it part of their curriculum, but with everything else they have to do, I don’t see this as the only (or best) way to deal with kids’ privacy online.

The schools aren’t the only place education happens. As SMUGgles know, learning online is cost-effective and interactive. And it scales. Unlike a traditional classroom in which a high student-teacher ratio makes learning more difficult, more people involved in an online environment improves the course quality, because learners get the benefit of others’ comments, questions and answers. And if we’re learning about online privacy, wouldn’t it seem that online would be the right context in which to learn?

Organizations concerned about privacy should provide great and engaging online curriculum for students and their parents. Most people read Terms of Use and Privacy Policy documents as thoroughly as a Mac user does software manuals (a bit of self-deprecating humor, there.) An organization with a passion for privacy could do a lot more good by creating online learning resources for teachers and parents.

By the way, with our Mayo Clinic Center for Social Media and the related Social Media Health Network we will be developing resources and training materials for patients and medical professionals to provide education on privacy settings and practices for those using social media tools in the medical context.

What do you think? Are online privacy laws hopelessly antiquated? Or is the main problem that people don’t take advantage of the privacy options most sites already have incorporated? How big is the online privacy problem? Is this a “huge concern” that has you “deeply worried” or is it a something you think is relatively well managed? What would you do about it?

Visit msnbc.com for breaking news, world news, and news about the economy