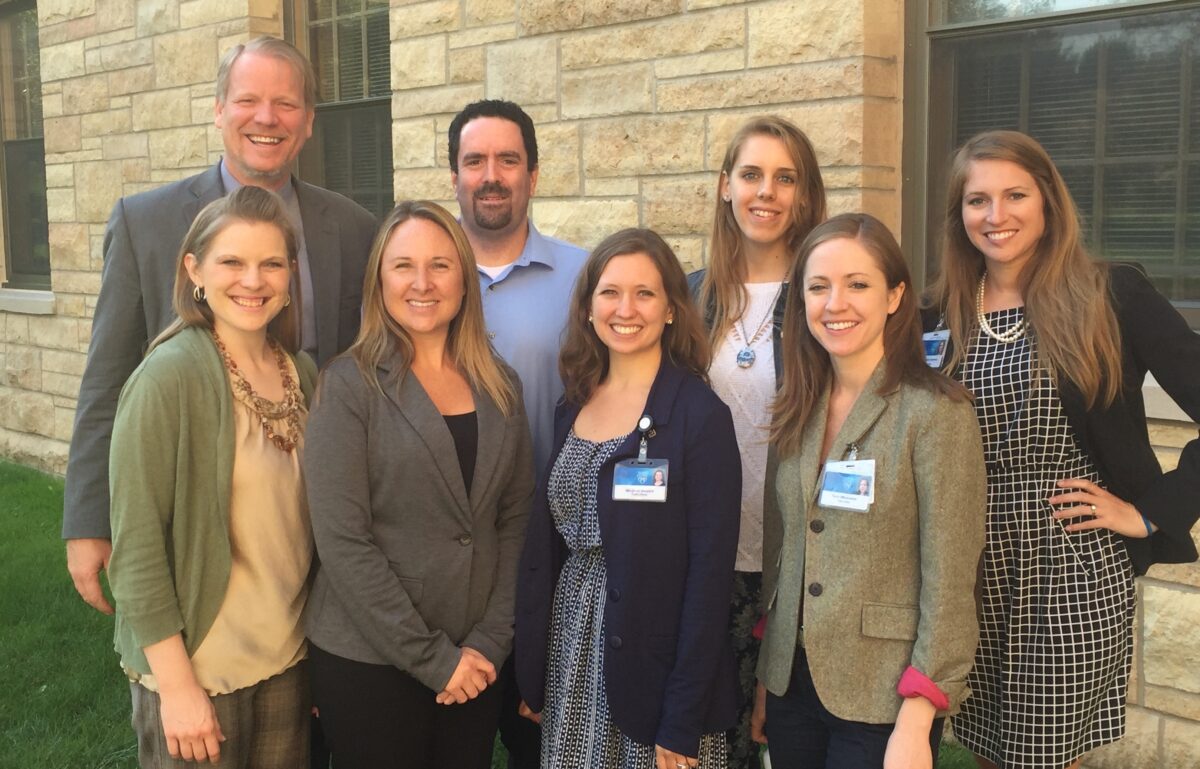 Dr. Farris Timimi and I have been blessed with consistently outstanding team members working with us on the Mayo Clinic social media team.

In some ways I think of our team over the years as a symphony, with three distinct movements.

Our original social media team continued until the end of 2014, with Tony Hart joining the team to support CME promotion in Oct. 2012. The first of our members to move on was Susana Shephard, who took a role with the Mayo Clinic Care Network, and about a year later Jason Pratt went into business full time with his brothers.

At about that time, as our newly consolidated Communications Division was engaged in strategic planning, we renamed our social media team to have a broader focus than only social media, and with an emphasis on continued leadership in innovation.

Those of us who are of a certain vintage remember the 1980s national defense strategy called the Strategic Defense Initiative, or SDI, aimed at shooting down incoming nuclear missiles, which also was known as “Star Wars.”

Thus our SDI team took on a catchy moniker: The Star Wars Team.

From early 2015 through much of 2019 our Star Wars Team was comprised of the members pictured in the header of this post. This was the second movement of the symphony.

In addition to Makala Arce, Shawn Bishop, Stacy Theobald and me from the original team, we were joined by Shea Jennings, Taryn Offenbacher, Audrey Laine Seymour and Margaret Shepard. Shea took on the CME role after Tony Hart moved to Marketing, while the other three were focused on serving Mayo’s Arizona, Florida and Minnesota campuses, respectively.

As Taryn and Audrey Laine accepted other positions in 2019 we added Jessica Saenz (Arizona) and Robby Weber (Florida) to the Star Wars Team, with Amanda Roe supporting Neurosciences, and they along with Stacy form the team’s ongoing nucleus. With my retirement, Ron Petrovich is back leading the team into the symphony’s third movement, coming full circle from when he was the second person hired when we launched our major expansion in 2010.

Beyond our core team, until COVID-19 intervened we had several part time supplemental staff helping with Mayo Clinic Connect moderation and involved in client-funded social media projects: Lisa Lucier, Justin McClanahan, Ethan McConkey and Kanaaz Pereira. They contributed significantly to the overall work, and in the COVID era the work of our volunteer mentors for Mayo Clinic Connect has been essential to maintaining a healthy community.

Over the past decade we have seen well over 700 Mayo Clinic physicians join the social media revolution by creating Twitter accounts, and scores if not hundreds of key collaborators have advocated for social media adoption within Mayo Clinic.

Just as we benefited from an External Advisory Board we had a parallel Internal Advisory Group that met regularly to serve as a bridge from the Center for Social Media to the units and interests they represented.

Given the sheer number of individuals I won’t link to all of their Twitter bios, but I just want the world to know that what they saw the Star Wars Team doing in social media on behalf of Mayo Clinic was enabled by so many contributors:

I could go on all night as more of these champions come to mind, but I have resolved to publish this post before midnight CDT, while I am still technically employed by Mayo Clinic.

I’m getting down to my last hour.

I have often said I was blessed to be in the right place at the right time to lead Mayo Clinic’s exploration and eventual embrace of social media. Because of Mayo Clinic’s stature and the support of our leaders, we had an opportunity to play a role in encouraging other health care organizations in their social media journeys.

With the help of the people listed above, and many others, I think we made the most of it.

As I look forward to starting my third career, I’m overwhelmed looking back and remembering so many people who have been so important in these last 21 years, and particularly the last 11.

My cup runneth over.

Tomorrow I’ll share one part of what I have in the works for Career #3.