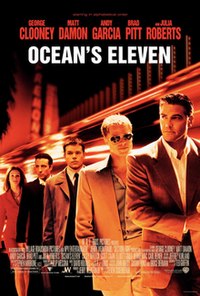 Note: Please read this post to learn what this challenge is about, but there is an update at the bottom.

When Paul Lewis interviewed me about Facebook last week, I said Facebook has lots of promise as a way for businesses to collaborate with key stakeholders without giving non-employees access behind the corporate firewall.Paul asked a common question about whether that would potentially put sensitive information at risk. I said I probably wouldn’t put my bank account and Social Security numbers out in a Facebook group (and certainly no information that would lead to civil legal liability or criminal penalties if disclosed), but that for ordinary business interactions I think the security is strong enough.

So I’m putting my money where my mouth is.

I’ve created a secret group in Facebook, and named it $100 Facebook Hacker Challenge. Here are some screen shots from when I set up the group:

I’m offering $100 to the first person who can find this group and discover what it says in the “Recent News” section.

And if you can upload a picture to the $100 Facebook Hacker Challenge group, I’ll double your payout, to $200.

Post your answer in the comments below.Meanwhile, if you want to join a group that isn’t secret, and that can help you learn about Facebook and other social media and how they can be practically used in your professional life, enroll in Social Media University, Global (SMUG).

Update: See the latest on the Facebook Hacker Challenge, including your chance to participate in SMUG’s quest for knowledge, here.

Update: No one was successful in meeting the challenge in the first five days. I have now closed this challenge, for reasons that I explain here.