SMUGgle Maddie Grant, the formerly reluctant blogger, makes a good point when she (after her obligatory allusion to my awesomeness) says I made her want to tear her hair out with the Social Media 110 course.

She’s absolutely right: you don’t need seven ways to shrink your URLs. It only takes one. Pick one that works for you and use it. Social Media 110 probably should have been a 200-level course; as you’re starting with social media, it’s not essential that you understand all the different ways you can shrink your URLs.

This reminds me of a story, which I believe was in Made to Stick, about a study of college students and their choices. When given a choice between studying and going to a movie, something like 30 percent chose studying. But if the choice was between studying, the movie and another event (some kind of interesting lecture or presentation), the number of people who chose to study actually increased. More choices made it harder for the students to decide which of the fun things to do, so they were more likely to default to studying.

I hope giving you seven ways to shrink URLs doesn’t likewise create indecision for you, or overwhelm you with options. You surely don’t need to try them all. I like SnipURL because it has a browser bookmarklet that makes posting items to Twitter really easy. So if you’re looking for a recommendation, that would probably be mine.

But any of these services are fine. The main point is to just start using one of them.

That’s also another reason why I do all my posts about blogging with reference to the WordPress platform. Blogger and Typepad are fine, and if you like them, use them. I had visiting professors review them as part of the blogging curriculum.

But my main goal with SMUG is to help people get engaged in social media, using state-of-the-art tools, so I just picked the one blogging platfrom I think is best and most powerful. And I want to be able to go deeper with one platform, instead of saying “This is how you do it on WordPress, but you can do the same thing on Blogger by… and on TypePad by….” I just don’t have the time or inclination to do the same thing three different ways. And I surely won’t be shrinking my URLs seven different ways.

Choosing your blogging platform is a lot more consequential than deciding which URL shrinker to employ, because you could change the latter every day (not that you should) without really affecting anything, but it’s harder to make a switch once you’ve decided on a platform for your blog.

Meanwhile, Maddie’s post gives me further impetus to provide some recommendations on a few steps everyone should be taking — sort of an updated, “new-and-improved for 2009” version of Social Media 101. Instead of 12 steps I will probably have five or six that I would call “must-dos.”

In doing so, I hope to help you avoid the indecision that leads to procrastination, and give you concrete steps that will be fruitful for you personally and professionally.

It’s a balancing act in which the inclination toward research as befits a global university (and one that is nearing the one-year anniversary of its formal establishment!) is in tension with the desire to make things straightforward and simple for beginning SMUGgles. Thanks to Maddie, I’ll try to be more clear when I’m exploring a range of options as a research project, and that I’m not recommending that everyone go forth and do likewise. 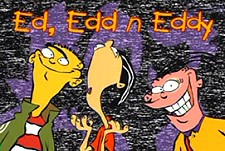 The results are in from my SMUG survey in Blogging 304, in which I asked readers to search for two terms and see where SMUG shows up in the rankings to test whether Google treats hyphenated domain names as “spam” domains, as a previous commenter had alleged

So the fact that this blog has a URL of social-media-university-global.org instead of socialmediauniversityglobal.org doesn’t seem to be causing problems with my posts showing up in Google.

In fact, I think it’s likely the opposite, as this blog shows up at the top in searches for social media university, and even is on the first page for university social media. It appears to me I even do fairly well on global social media and social media global.

Again, some of this might be that Google knows I’m doing the searching and is serving my blog preferentially in the results, so if you’d want to search for some of the italicized terms above and let me know in the comments below how SMUG shows up, I’d appreciate knowing.

This led me to test a post on my son’s new blog (where he’s excited that he’s #1 in Google when you search for his name.) I’ve done an optimized post on his blog to see how long and whether that moves to #1 in the John Aase search. We’ll see what happens, and I’ll update later with the reslts.

Meanwhile, I got thinking some more about how failure to hyphenate, either in a domain name or in post, could make it more difficult for the Google robots to determine what a site or a post is about.

This post, for example, could mean at least one of two things, depending on how the bots parsed the URL.

islamicyearwaxeddonetimedeclared could mean that a major national news magazine had reached the judgment that Muslim ascendancy had ended: Islamic year waxed done, Time declared. Or, in a nonsensical nod to one of the Cartoon Network shows we try to not let John watch (see graphic above), it could be “I slam icy ear wax,” Edd one time declared.

The application for you is that you should hyphenate your URLs and make it easier for Google to understand what your post is about. In this case, particularly with the tags, it might get the picture that this post is about SEO.

This is another good reason to choose WordPress or WordPress.com as your blogging platform, because the default URL for your post comes from its title and because you can edit your URL before posting.