Words of wisdom from Marlow Cowan, the elder half of the “Octogenarian Idol” piano duo whose YouTube duet at Mayo Clinic…

… has been viewed more than 7.2 million times as of this morning (and which led to their appearance on ABC’s Good Morning America as well as NHK, the national TV network in Japan.)

Marlow is now well past octogenarian status (he’s 91), and his wife Fran celebrated her 85th birthday yesterday. My wife Lisa and I were honored that their daughter, DeDe Shour, invited us to join them for the surprise birthday celebration at their home in Ankeny, Iowa (click any of the photos to enlarge): 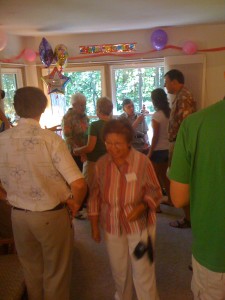 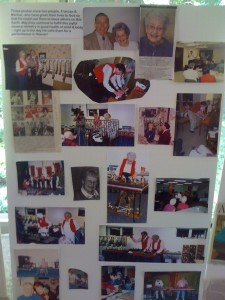 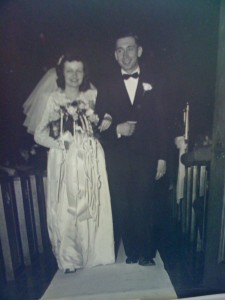 …and then also join their family (even some great-grandchildren) for dinner at the Country Kitchen in Des Moines. 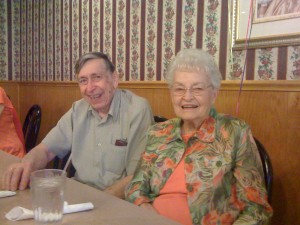 At dinner, Marlow and Fran reflected on how their lives have changed in the last 15 months since their video went viral… 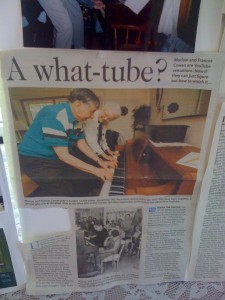 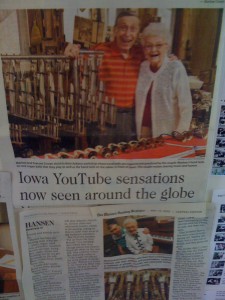 …how they’ve renewed connections with former students and members of the touring youth musical performance groups they hadn’t heard from in decades. They’ve had numerous requests for concerts, but travel isn’t as easy as it used to be. Marlow and Fran both expressed their gratitude to God for their 63 years of marriage and the many blessings he has given them. They see their performances as a way of serving him by sharing those blessings with others, so they do as many as they can.

Marlow said they have certain stipulations when they agree to a concert, one of which is, “They’ve gotta have a back-up act in case something happens to us. We’re not getting any younger, you know!”

At their advanced ages, he said they’ve also developed a couple of rules for their personal lives: “We don’t buy any green bananas. And we eat dessert first.”

Words to live by.

One thought on ““We don’t buy any green bananas””