This would ordinarily be the place where I would insert a punch line like, “Yes, I’m speaking in Paris, Texas” or one of the other 22 cities in the U.S. named “Paris.”

Or maybe I’d be referring to a convention at the casino in Las Vegas with a miniature (though still very large) version of this: 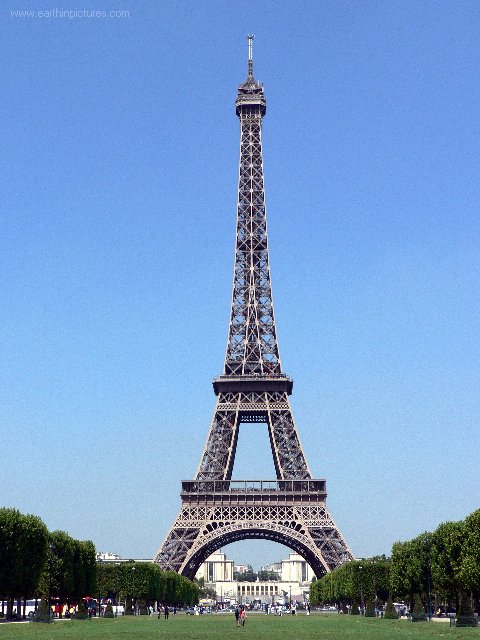 But this time it’s no joke: two weeks from today I will be in the original Paris for a three-day conference called the Health Executive Summit, where I will be on a Thursday panel.

I just found out from the organizers that I can offer guest passes to up to five of my contacts to also attend for free.

If you can get to Paris, FRANCE in a couple of weeks and would like to attend the Health Executive Summit, send me a tweet (@LeeAase) or send me a note via email via my contact form. I will send you the discount code to use in registration.

Given that we have a few SMUGgles on the Continent, maybe we’ll be able to use those passes. If you know someone who might be interested, please send them my way.

Yammer, which I have been featuring in a new curriculum offering, was featured significantly today in the New York Times and its Technology blog.

Here’s an excerpt from the article:

Successes like YouTube, the online video site sold to Google for $1.65 billion in 2006, convinced some venture investors that building a Web site with a large number of users could still be more valuable than making money from paying customers.

Now, as the global economy enters a severe downturn, the relative merits of these two philosophies will be tested again.

The two poles of the debate are apparent in the world of microblogging, where people use the Web or their cellphones to blast short updates on their activities to a group of virtual followers.

Yammer’s business model is compelling, Mr. Sacks said, because it spreads virally like a consumer service, but earns revenue like a business service. Anyone with a company e-mail address can use Yammer free. When that company officially joins — which gives the administrator more control over security and how employees use the service — it pays $1 a month for each user. In Yammer’s first six weeks, 10,000 companies with 60,000 users signed up, though only 200 companies with 4,000 users are paying so far.

The founders and backers of Twitter, which has reportedly raised $20 million from venture capitalists, are just as adamant about their decision to grow first and monetize second.

I love Twitter. In fact, a Tweet from Dennis McDonald is what alerted me to the blog post, which led me to the article. But I think the real strength of Yammer is precisely that it didn’t make a choice between growing and monetizing.

It has a business plan.

It can grow immensely (as it has) through viral, bottom-up adoption. It’s mode of adoption isn’t really much different from Twitter. Anyone can sign up for free using a company e-mail address, and can invite co-workers. The only limit is that people from outside your company can’t be part of your network.

But for most businesses, that’s actually a plus. I can talk with my co-workers about what I’m working on, or share links, without the whole world seeing.

And I’m betting that with this New York Times coverage, the growth is going to greatly accelerate. I recommend you check out both the article and the blog post.

Yet despite being positioned for strong growth, the Yammer leadership actually has a plan for how to make money from the service; a fee amounting to $12 per employee per year.

Some companies may try Yammer and then decide to go with their own microblogging networks, completely behind the corporate firewall. But at least through Yammer they can experiment with the concept for free instead of spending a bunch of money on a new software package and trying to get employees to use it.

This is a variation of how Microsoft has driven Sharepoint, except the Microsoft staff already has strong relationships with the corporate IT departments. Microsoft gives Sharepoint to companies for a free trial, and then charges a large fee if they end up deploying long-term.

Yammer doesn’t have those IT relationships, and so is using a bottom-up strategy.

I will still use Twitter for connecting with the world, but it’s going to be fun experimenting with Yammer to see how it can help workplace collaboration.

Do you use Twitter? Have you tried Yammer? What do you think of the two services and how you might apply them in your work?