I’m presenting today at the Iowa Society for Healthcare Marketing and Public Relations Spring Conference in Des Moines. I believe this is the third time I’ve been with this group, and so I’m looking forward to sharing some new material and perspectives. Here are my slides:

Integrating Social Media in Your Hospital’s Communications from Lee Aase

I welcome your questions and comments. And if you would like to pursue deeper exploration of this material, our Mayo Clinic Center for Social Media Social Media Residency program provides a day-long immersion. The next session is May 12 in Rochester.

At the #mayoragan09 conference earlier this week I participated in a “30 ideas in 30 minutes” panel, which was intended to provide rapid-fire, practical applications and next steps to take for people interested in incorporating social media into their health care work.

My first tip (after the obligatory “Get a Flip”), was:

I suppose I shouldn’t have been, but I was somewhat surprised at the murmur that comment created. And in the Q&A session, I got this request:

“Could you upload a Flip video about why I should get an iPhone, so I can use it to make the case with my boss?”

My other tips, two of which require some expenditure and others that are free:

If you do anything at all in continuing education for your professional growth, you may spend $1,000 or more for conference registrations, plus travel expenses.

How sad would it be to pay for a conference registration to learn about social media tools, and then to not spend the relatively smaller amount it takes to get hands-on experience?

See Aaron Hughling’s take-aways from the conference, as well as Holly Potter’s.

I hope this helps you make the case for your smartphone, whether that’s with your employer, your spouse or to help you convince yourself.

I’m a member of the Institute for Public Relations’ Commission on PR Measurement and Evaluation, and recently  was asked by some commission colleages to complete a survey about social media and to encourage others to participate. If you work in public relations, please take a few minutes to complete the survey by clicking here.

As TechCrunch notes, my free blogging platform of choice, WordPress.com, has increased the amount of free storage it provides its users from 50 Mb to 3 Gb. Here’s what I see when I upload graphics or other documents to my blog:

Note that a few days ago that 3GB figure in the lower left was only 50 MB. I formerly used Flickr as a storage space for my photos and other graphics (since it offered 100 MB a month vs. 50 MB a year with WordPress.com) and just pulled the graphics from Flickr into my blog posts, but now it seems I should be able to upload graphics indiscriminately without even coming close to exceeding my WordPress limits. Especially if I’m uploading mostly 72 dpi screen captures.

As Erick Schonfeld says, this is a huge advance that puts significant pressure on competing platforms. WordPress.com has had the advantage of Akismet protection against comment spam (which has saved me over 34,000 spam comments.) By offering triple the free storage of Blogger, WordPress.com takes another big leap.

When I started this blog, I made it my goal to never spend a penny on any of the services. My purpose was  more than miserliness; I wanted to encourage others (particularly those in the PR field) that they can have blogs without spending  any money and without support from their IT department. As I say in my “It’s All Free” section, if you see something on my blog that you like, you can rest assured that it was completely free.

Why is free such a big deal? Because it helps to drive home the ridiculousness of spending several hundred to a few thousand dollars to attend a communications conference in which you learn about social media if you fail to take the next step and actually get hands-on experience. And it’s why I developed my 12-step Social Media Program.

Barriers to entry in blogging and other social media aren’t just low. They are non-existent.  Zero. Get started with your WordPress.com blog today. When you do, please leave a comment below to let me know how it’s working for you. You also can subscribe to the RSS feed for this blog, which will provide you with regular updates and pointers on issues you may find interesting and helpful. (If you don’t know what RSS is, see steps 4 and 5 in my 12-step program.)

You really should check out Facebook, too. It’s also free. Friend me if you’d like to stay in touch and learn more about social media.

If your work involves any communications, or marketing, or sales, or management responsibilities you owe it to yourself to begin to understand social media. And if you paid anything for college, or attend any career enrichment seminars for which you or your company pay admission fees, you’re seriously missing out on a great educational value if you don’t take advantage of the free hands-on education you can get through WordPress.com, Facebook, Twitter (you can follow me here), Flickr, YouTube and related services.

What’s holding you back? 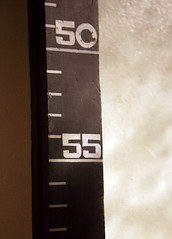