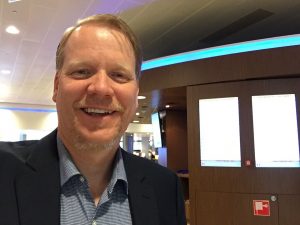 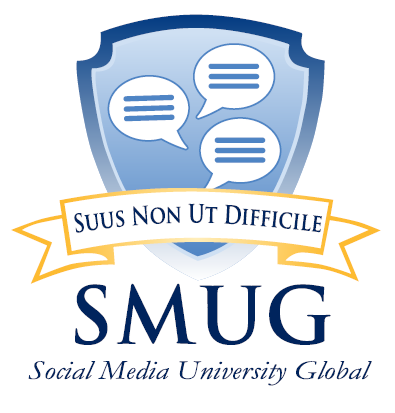 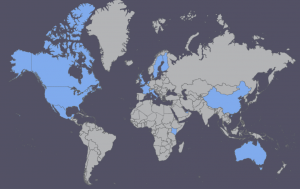 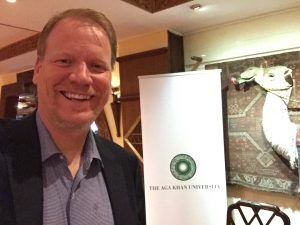 Yesterday I posted a video in which Lucien Engelen (@zorg20) interviewed me about social media in healthcare, which he shot while I was his guest in the Netherlands earlier this month.

I interviewed Lucien that same day, asking him to tell the story about the mobile phone application for iPhone and Android that he had gotten developed and launched. It’s an augmented reality app that shows where the nearest automated external defibrillator (AED) is located, using the phone’s location awareness. In the case of someone experiencing cardiac arrest, the ideal would be for one person to administer CPR while another bystander uses a smart phone to locate an AED that could shock the heart back into normal rhythm. 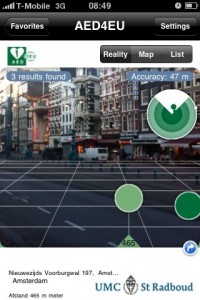 I could talk more about the application, but Lucien demonstrates it briefly in this video. More importantly, he tells the story of how Twitter enabled him to find a programmer to get the project done, and how much time that saved in development.

Twitter is an amazing tool for finding information, but more importantly making connections with people. Three weeks from first Tweet to completed iPhone application is pretty amazing. In the way of the Web 1.0 world, Lucien’s analysts would have had to identify a list of companies with programming capability, build a list and then send candidate companies a request for proposals. In the Twitterverse, he could just tweet the question, directed to no one in particular, and the answer found him in less than 30 minutes.

How about you? What’s your best story of how Twitter helped you find information quickly?

Update: Here is the AED4.EU site.

A couple of interviews I’ve done relating to social media (and particularly in health care) have recently been published to the Web. The first was with Ryan Zuk of the Public Relations Society of America, for its PRSA Tactics monthly newspaper. I had seen the print version, but yesterday got a couple of tweets saying it was now on the PRSA Web site.

Here’s one of the questions with my answer…

What advice can you offer PR practitioners for maturing their social media strategies?

A key for social media success is not getting bogged down in analysis. This is an unprecedented time of opportunity. We have the ability to communicate directly with our target communities while balancing our work with mainstream media. So don’t think of social media as another thing to do, but instead as part of your balanced communications diet.

…you can read the rest here. (Studious SMUGgles will note the reference to the SMUG Social Media Pyramid in that last sentence.)

Earlier this month, I had the opportunity to travel to the Netherlands for a couple of presentations and some workshops, and after I had extricated myself from the doghouse, Lucien Engelen (@Zorg20), who organized the events, interviewed me briefly with his Flip mino HD camera. He recently uploaded the interview to YouTube and embedded it on his blog. I’ve embedded it below:

The video has already led to some interesting commentary on Twitter, including @CiscoGIII saying “I think you look better on camera than in real life.” I guess that’s another reason to love the Flip!

What do you think? (I mean about the content of the interviews; no need to comment on my in-person vs. on-camera appearance.)

It seemed like a good idea at the time.

Last week when I was in the Netherlands (See “Putting the ‘Global’ in SMUG”) I had the opportunity on Wednesday to help lead a couple of master classes on Web 2.0 for health care communicators from UMC Radboud, one of six academic medical centers in the Netherlands, in Nijmegen.

I often like to demonstrate Skype and its videoconferencing capabilities (and the fact that it’s FREE) in my presentations. It’s one thing to say, “Skype is like the video phone in The Jetsons.” That gets heads nodding. But it’s entirely different to show just how easy and cool it is. So I have sometimes Skyped with my daughter Rachel and granddaughter Evelyn, and also have done videoconferences with Darrin Nelson (a Mayo patient from Rochester, NY who shared his story about robotic heart surgery here, here, here and here on Sharing Mayo Clinic.) In those cases I had sent messages on Facebook (for Rachel) or Twitter (for Darrin) to arrange the times for our conversations and to ensure that they would be available.

Our Wednesday morning master class in Nijmegen went off flawlessly, as @JohnSharp and @CiscogIII and I tag-teamed as teachers, but in the afternoon they had to head back to Amsterdam, so I was on my own (along with my host, Lucien Engelen.)

I was doing fine until I got to the reference in my slides to Skype, and then I got what I thought was a great idea: I went to Skype and saw that my lovely wife, Lisa, was on-line.

So (on the spur of the moment, not to mention a classic case of y-chromosome poisoning), I decided to just “surprise” Lisa with a Skype call without advance warning. I’ll let the Facebook conversation she started tell the rest (click to enlarge): 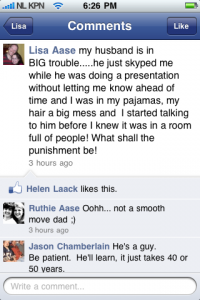 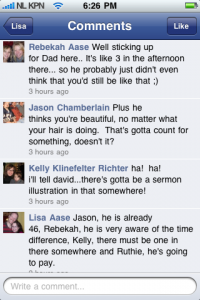 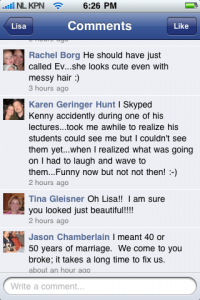 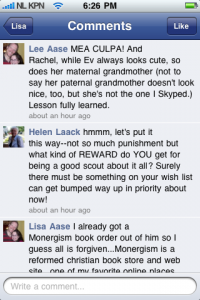 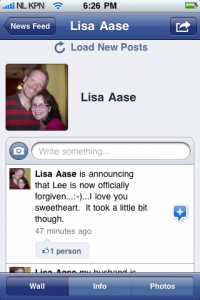 Lesson Learned: Privacy isn’t just something to be concerned about from a HIPAA perspective. It begins at home.

And a special note of thanks to Lucien for providing his own peace offering (although he personally had done nothing to offend), in the form of this beautiful bouquet of roses, pictured below next to my now fully showered bride of nearly 25 years. 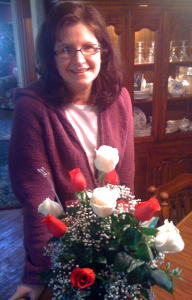