I’m excited to be at the Alyeska Resort in Girdwood Alaska today to speak to the Alaska State Hospital and Nursing Home Association.

The trip here helped me understand just how big Alaska is, and how far it is from the lower 48. One little-known fact (at least I didn’t know it): The flight from Seattle to Anchorage is the same length (about 3 hours and 15 minutes) as the flight from Minneapolis to Seattle.

Once I got to Anchorage, it was a relatively short, but amazingly scenic, trip down AK-1 to the Alyeska Hotel. The highway has lots of places to pull over for photos, and while a photo can’t really show the full beauty, here’s a taste (click to enlarge): 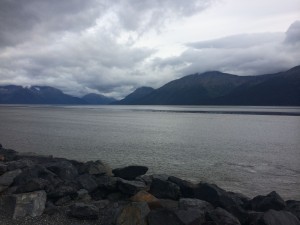 One extra positive of coming to present in Alaska is that it’s highly unlikely that many of the participants have heard me speak previously. That lets me do a best-of-the-best presentation. My slides are embedded below:

I look forward to the discussion today, and welcome your comments and questions.

The Association of Medical Illustrators is holding its annual conference in Rochester, Minnesota this week, and my colleagues in Mayo Clinic Creative Media asked me to be part of the program, discussing our growth and application of social media at Mayo Clinic. Here are the slides I’m using:

Illustrating the Social Media Revolution from Lee Aase
I had stopped by the conference briefly yesterday and was impressed by the energy and enthusiasm in the room. It will be a quick ride; my presentation time is 20 minutes…so I want to have the slides here for review. I look forward to the discussion!

At the Association of Organ Procurement Organizations (AOPO) meeting in Baltimore this morning I will be presenting on innovative uses of social media. The theme of the meeting is Embracing Change: Transforming OPOs for Future Success.

I hope I can help. Here are the slides from my presentation:

The theme for this year’s Georgia Hospital Association is “Weathering the New Healthcare Landscape,” and I’m glad to be here in Greensboro at the Ritz-Carlton Lodge at Reynolds Plantation to talk about how the impact of social media in this new environment.

Just before my presentation, we’ll be hearing from Meg Fischer, who is the Director of Public Policy for GHA. The title of her talk is “The Affordable Care Act: The Seismic Shift in Healthcare and Its Aftershocks.” It will be interesting to hear her perspective, and I’ll be tweeting from the front lines.

Here are the slides from my presentation: 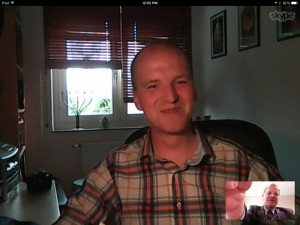